It's been how long since I posted?

It's already mid-March, and I haven't posted since the end of February!

So what have I been up to since March came in? 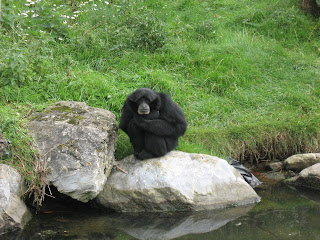 I'll be very glad when the sun starts coming up earlier in the morning, and the SAD isn't as bad as it has been.

Penn and I started taking the foundation agility class again.  We've only done one class so far this session.  He was neither the most vocal or least obedient dog there...I'm counting that as a win! 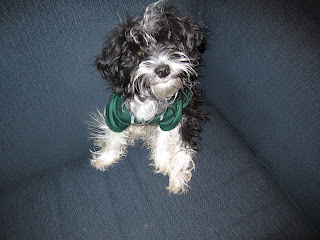 I started yet another diet (I am facing fifty and would like to do it as a smaller person!), and I also registered to walk the half marathon in September.

I started training for it on Sunday.  I did 3k before my ankle started twinging.  At the pace I set on Sunday, it   would take me four hours to finish!  I have lots of time to train, so it will be better.

I had my friend take a picture of me in my exercise gear.  It's inspiration for me to lose the weight and tone up. 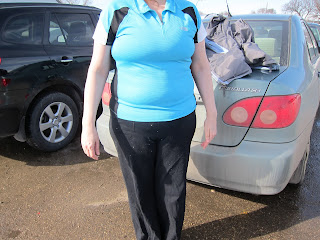 Maureen
Posted by Maureen at 19:42