Over on Ravelry, The Wacky Windmill is having a 2014 Crafting Resolutions Challenge.  She's challenging people to list out their crafting goals for 2014, and then to post pictures of their FO's (finished objects).  At the end of the year, anyone who has completed their entire goal list by December 31, 2014 will be entered into a draw for a $75.00 gift certificate from The Wacky Windmill.

I have until January 31 to finalize my list, but I think just finishing the quilt will be a major project, since I don't even have all the strips sewn together yet! 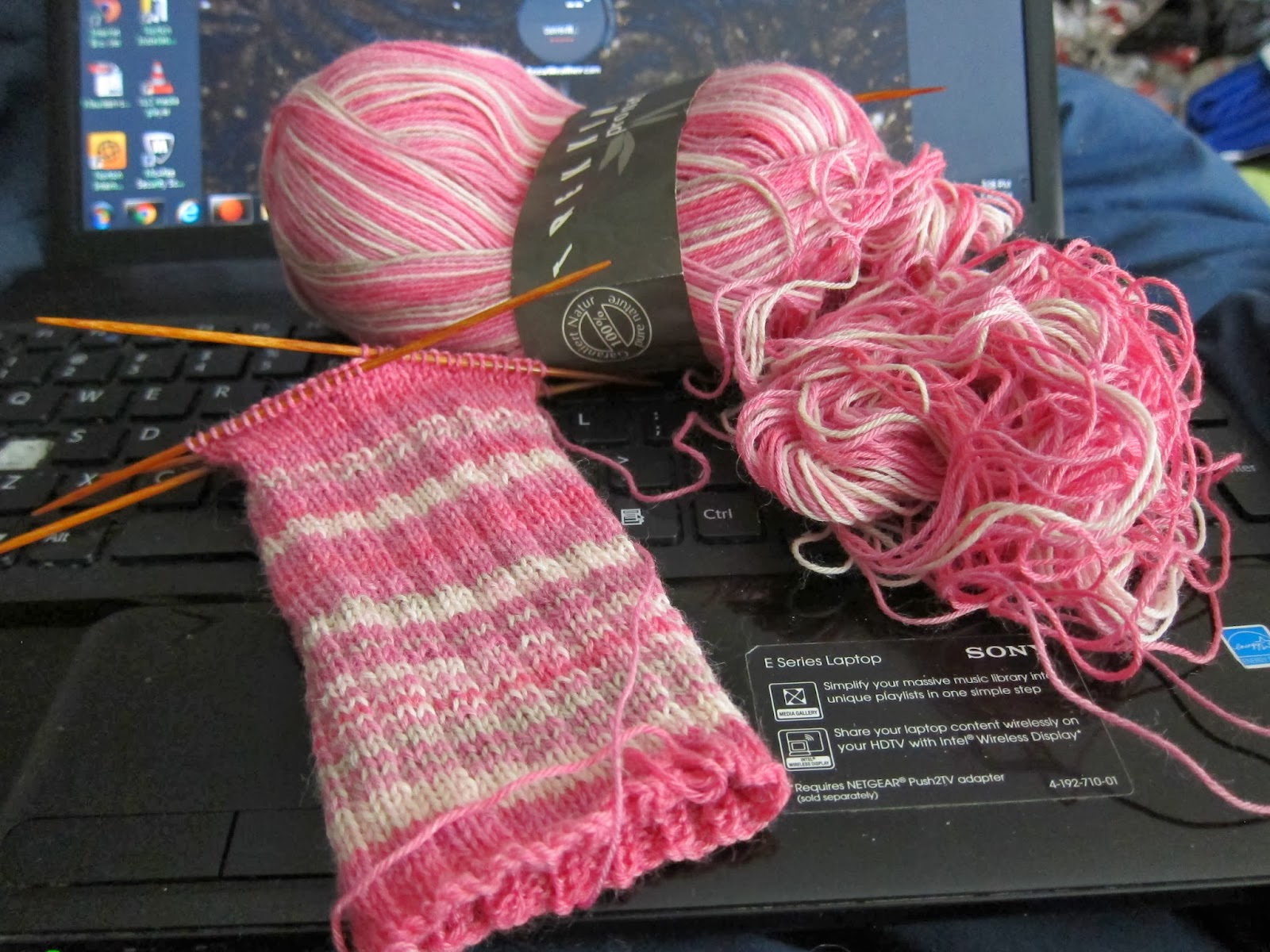 I love knitting socks.  They're the perfect project for me right now, since I can pick them up and put them down as my attention span allows.

Maureen
Posted by Maureen at 15:20