Happy Wednesday!  It doesn't really feel like Wednesday, since yesterday was a holiday and it felt like Sunday.

I'm making some progress on my Christmas projects.  This bag is the one I'm currently working on. 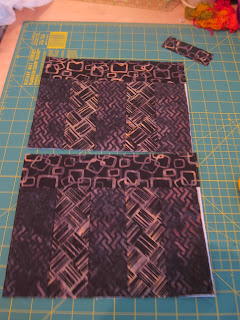 I'm at the point where I'll be sewing in the zipper.  The little piece of fabric in the upper right is what I'll be using for the zipper stop.

I finished off the zebra stripe socks on Monday, and decided to pick up an abandoned project.  I had started this pair of socks in February.  After I finished the first sock, I wasn't sure I liked the wool, and didn't start the second sock.  A classic case of second sock syndrome!  But that orphan sock called to me on Monday, and I started its twin. 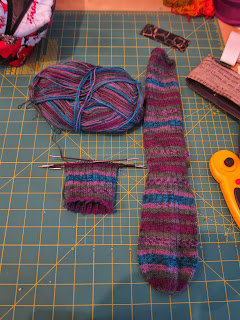 The actual colours aren't as bright as they appear in this picture.

It snowed yesterday, and the temperature dropped.  I thought I need a new scarf, and picked up another abandoned project.  I have no idea when I started this scarf. 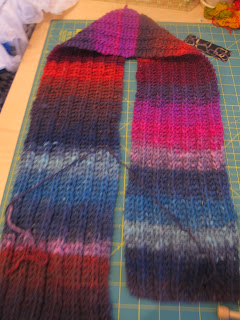 It's made from Noro Kureyon, which is 100% wool.  I might felt it once it's done.  Again, colours aren't as bright as they appear in the picture.


Linked to WIP Wednesday on The Needle and Thread Network.  Go check out the marvelous things Canadian Crafters are working on!

Maureen
Posted by Maureen at 10:51