It's been a really hot day today.  We've been under a severe thunderstorm warning for several hours now.  Luckier than some areas; there was a tornado spotted near Moose Jaw.

We had a brief storm this evening.  Lots of rain, some thunder and lightning.  Windy, but not scary windy.

After the storm was over, I looked out the window and saw some strange clouds. 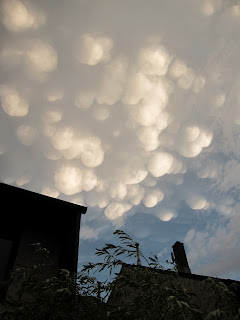 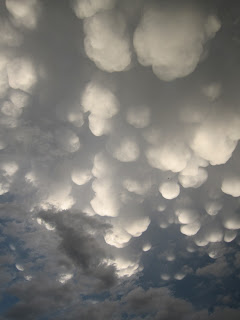 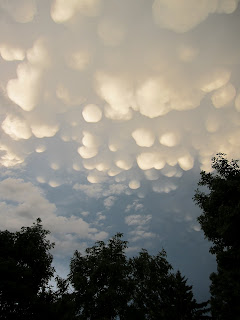 Hopefully the clouds are not the beginning of another storm.  This Saturday is the 100th anniversary of the 1912 Regina Tornado...we don't need another to commemorate the event!

Maureen
Posted by Maureen at 21:01