Home again, and time to do some catch up posts!  I had a wonderful weekend in Okotoks, and took lots of pictures.

Saturday was the Millarville Run to the Market half marathon.  Val and Micheal were taking part in it, and I was acting as support crew.

Up at 5:30 to get ready to go.  I went to let Penn out, and saw the beautiful mountains. 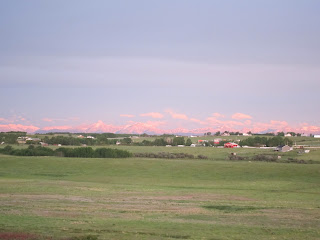 We got to Millarville at around 6:30.  The race started at 7:00, so we wanted a good parking spot, and time for the runners to warm up. 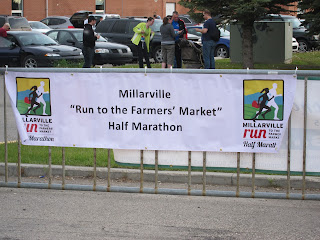 Some of the race marshalls...on horseback!  Only in Alberta... 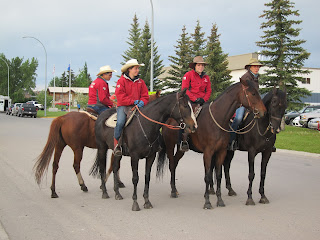 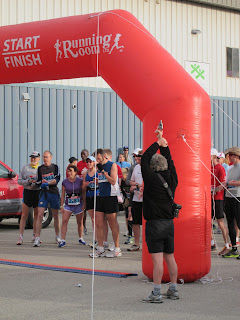 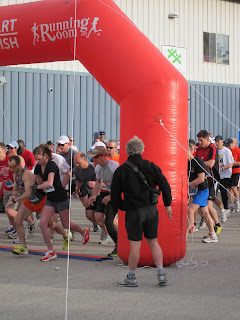 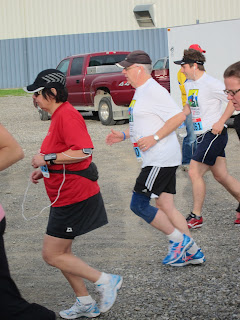 After seeing them off, I drove to the Millarville racetrack, to watch them come in.  While I was waiting I had some breakfast, read some, and made some progress on my sock. 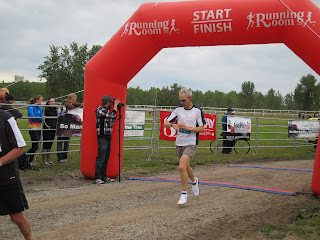 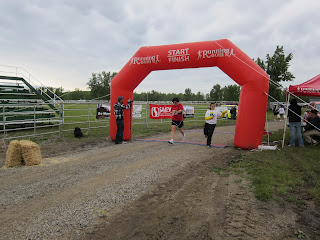 Once the medals were around their necks (and what gorgeous medals they were!), we toured the Millarville market.  It's a wonderful farmer's market.  I bought mead, and lots of fibre. 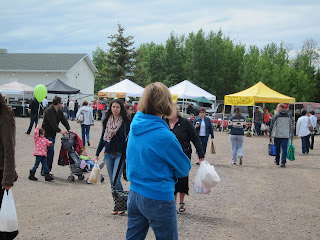 I also bought some treats for the puppys, and pieces of elk antlers for them to chew on.

Later in the day, Val and I went for pedicures.  It was her late birthday present. 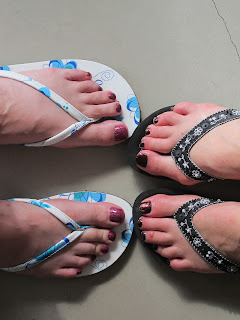