On Monday, I went to the Calgary Zoo.  In particular, I wanted to see the new penguin exhibit ("Penguin Plunge") and the tiger cubs.

I made it to the zoo just after the gates opened.  Good thing, 'cause I got into see the penguins without having to stand in a line up!

These were the penguins outside the exhibit. 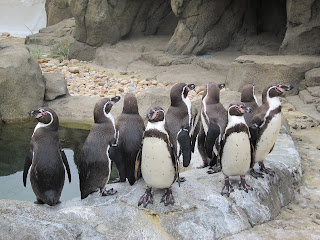 And inside...it was feeding time! 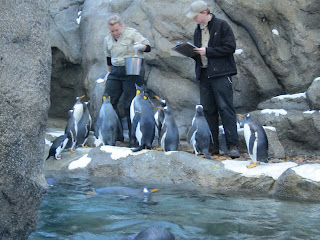 The penguins were so close, you could literally put your hands over the small barrier and touch them.  Not that that would be a good idea, they would bite!  There were zoo staff there reminding people not to put their   hands in the water or touch the penguins. 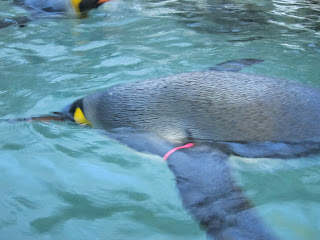 My next destination was the tiger enclosure to see the babies.  But on the way, I came across the peacocks. It must be peacock mating season, as all over the park the males were displaying their lovely plumage. 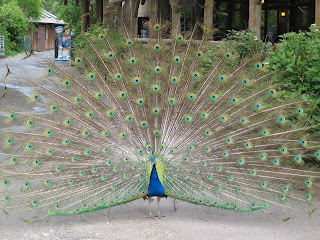 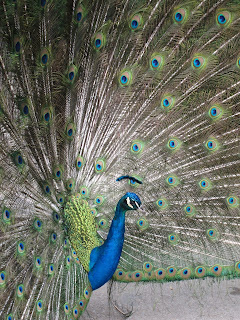 The tiger cubs!  I was lucky that they were outside. 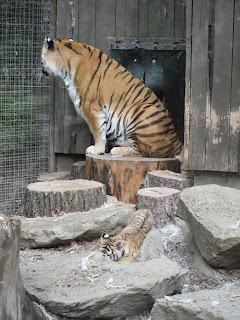 There were three of them, although I seem to only get pictures of two of them at a time. 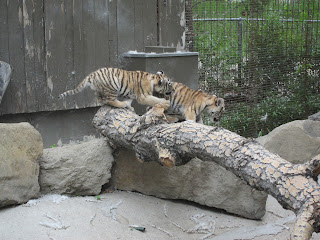 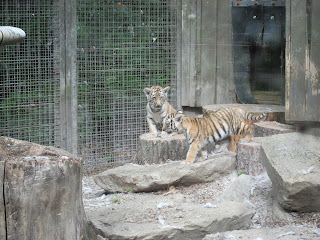 I was there for a while, but finally momma tiger took her cubs back into their house.  A lady told me that usually the cubs are only out for a little while in the morning, and then not again until later in the afternoon.  I was lucky to see them.

Maureen
Posted by Maureen at 16:37