When I went to let Penn out this morning, I noticed that it seemed to be foggy.

Got in the car, and driving to work it became extremely foggy. I grabbed my camera out of my purse and tried to get some pictures. 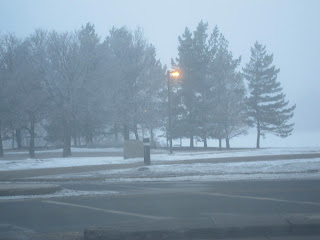 At the corner of Broad and Broadway.  Normally, downtown Regina is clear. 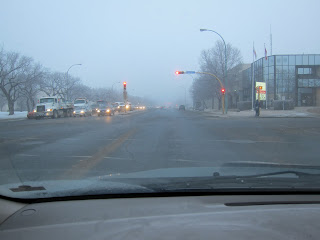 Same corner as I was going back to work after lunch. 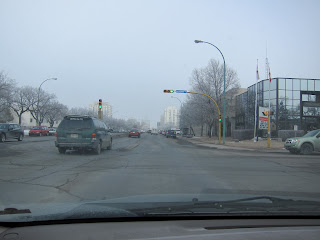 Buildings are clearer, but the fog is still hanging around.  Hoarfrost was collecting on the trees.  I was hoping that it would still be on after work, but it was all gone.  Maybe in the morning. 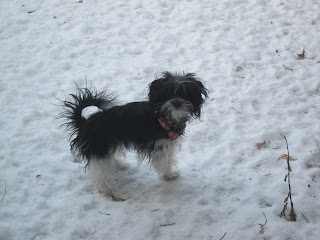 Penn didn't care.  He was enjoying being outside for a bit.