Catching Up: Victoria (Part one)

Well, so much for posting regularly!  I had intentions of posting at least once a week, but that just hasn't happened.  So over the next few posts, I'm going to catch up with what I've done since the beginning of February.

I went out to Victoria BC for a  few days at the beginning of February.  I needed to get away, and someone suggested that Victoria would have more sunshine than Vancouver (the place I was thinking of going).

I loved Victoria!  I was staying in a hotel down by the harbour, so I was able to watch the sea planes go in and out.  It's also a very walkable city, so I got lots of exercise while I was sight seeing (and shopping!)

I kept seeing these sculptures along the harbour. 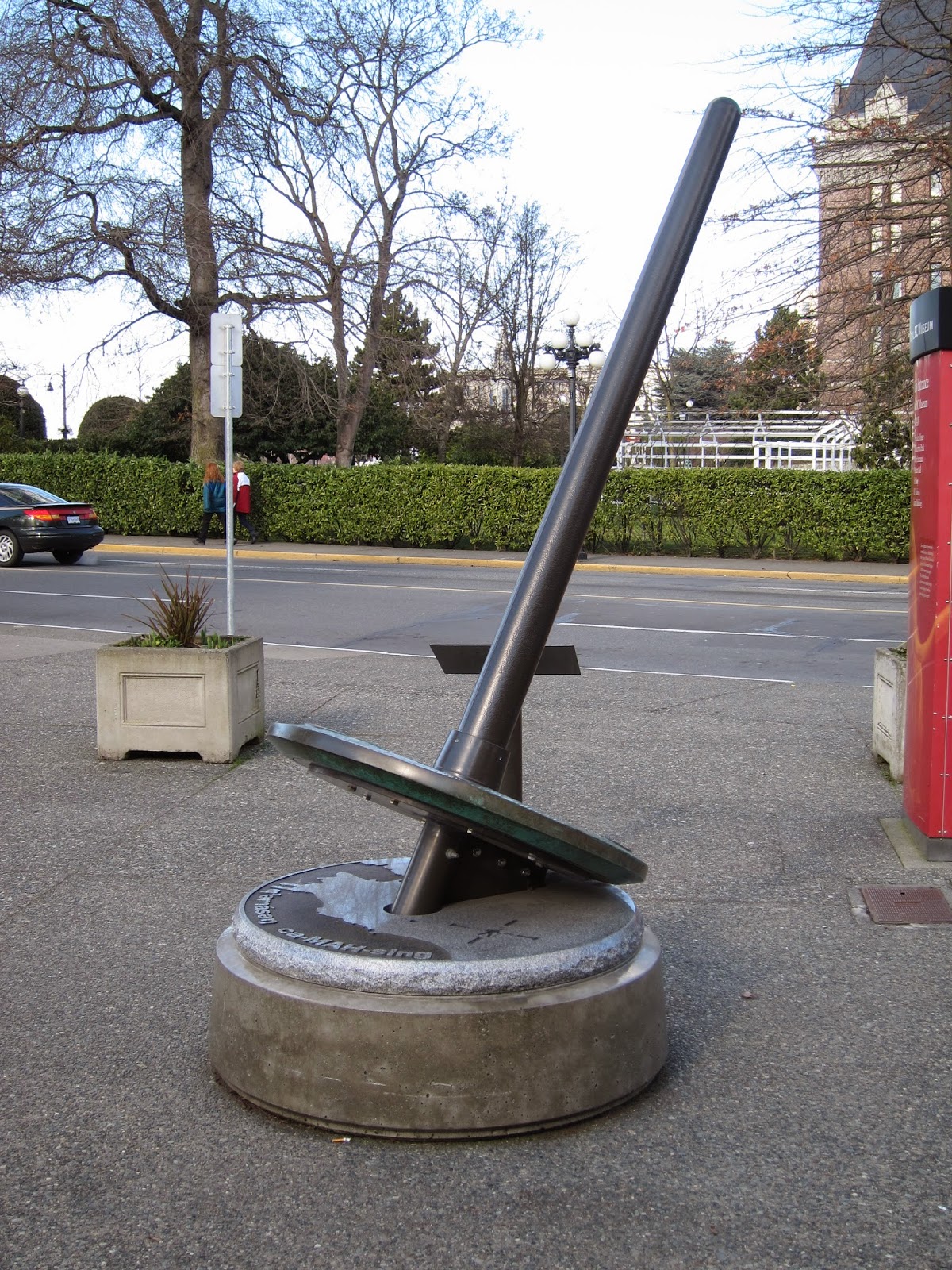 My first thought was that fibre had taken over my brain, because they looked like spindles to me.  Imagine my surprise when I read the plaque beside it, and found out that was what they were! 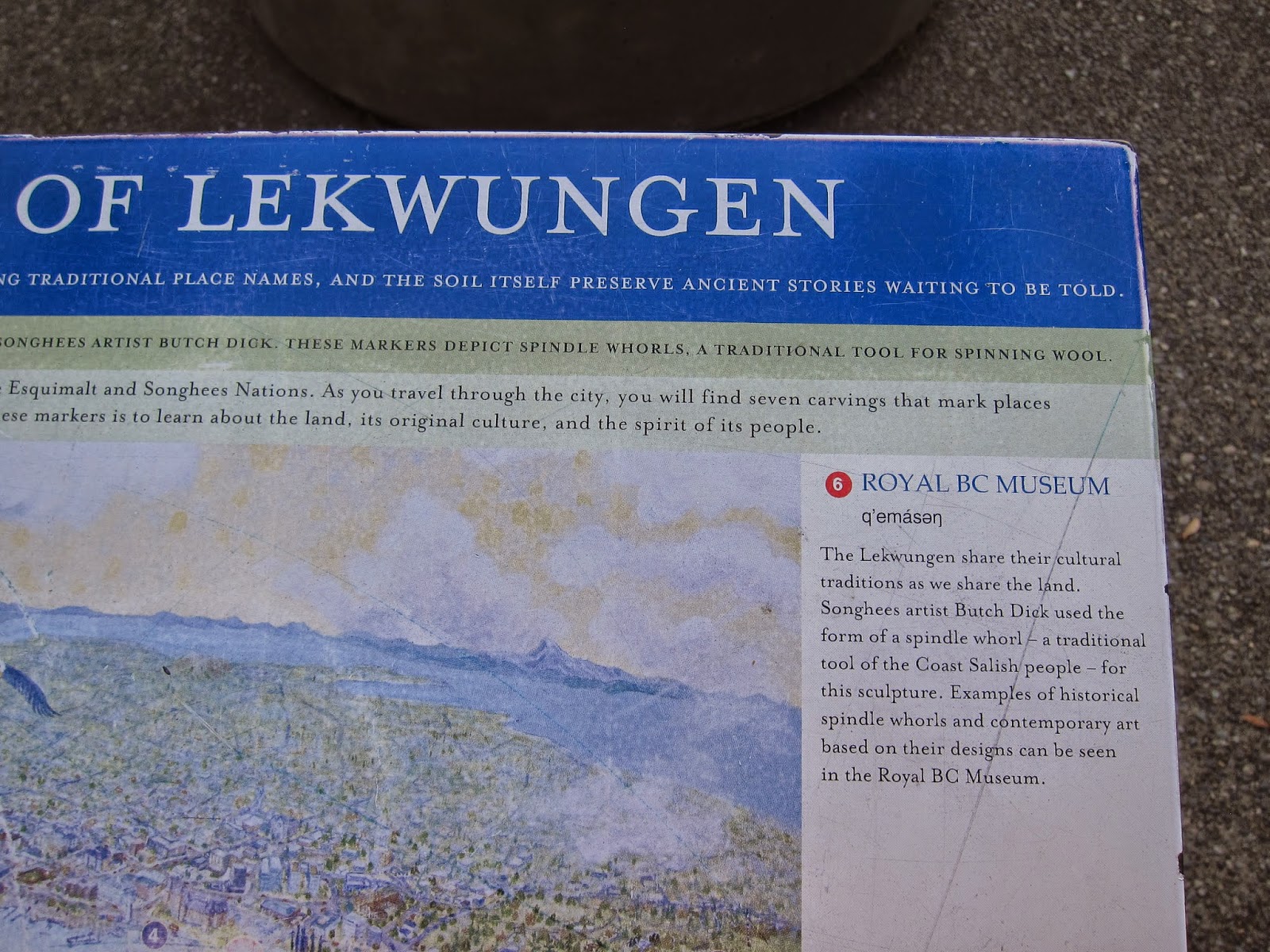 Here's a better look at the details on the sculpture. 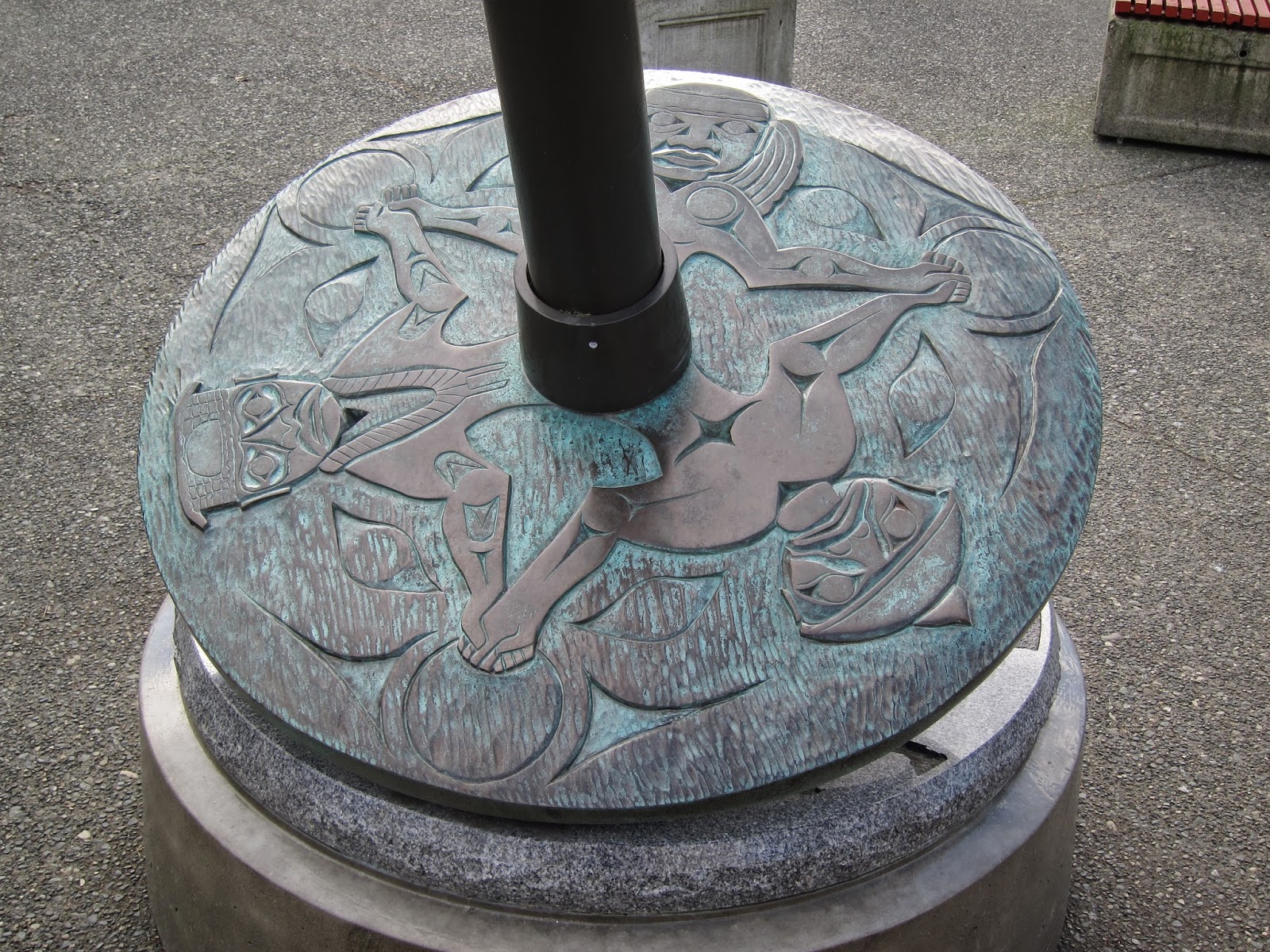 I spent a day in the Royal BC Museum.  Wonderful place to spend the day.  I took some fibre related pictures in there too....but that will have to wait until the next post!