I haven't posted one of these for a long time.

These are three of the WIPs I currently have going...the ones I am more or less actively working on. The colours in the pictures aren't quite true, as they were taken indoors on a cloudy day. 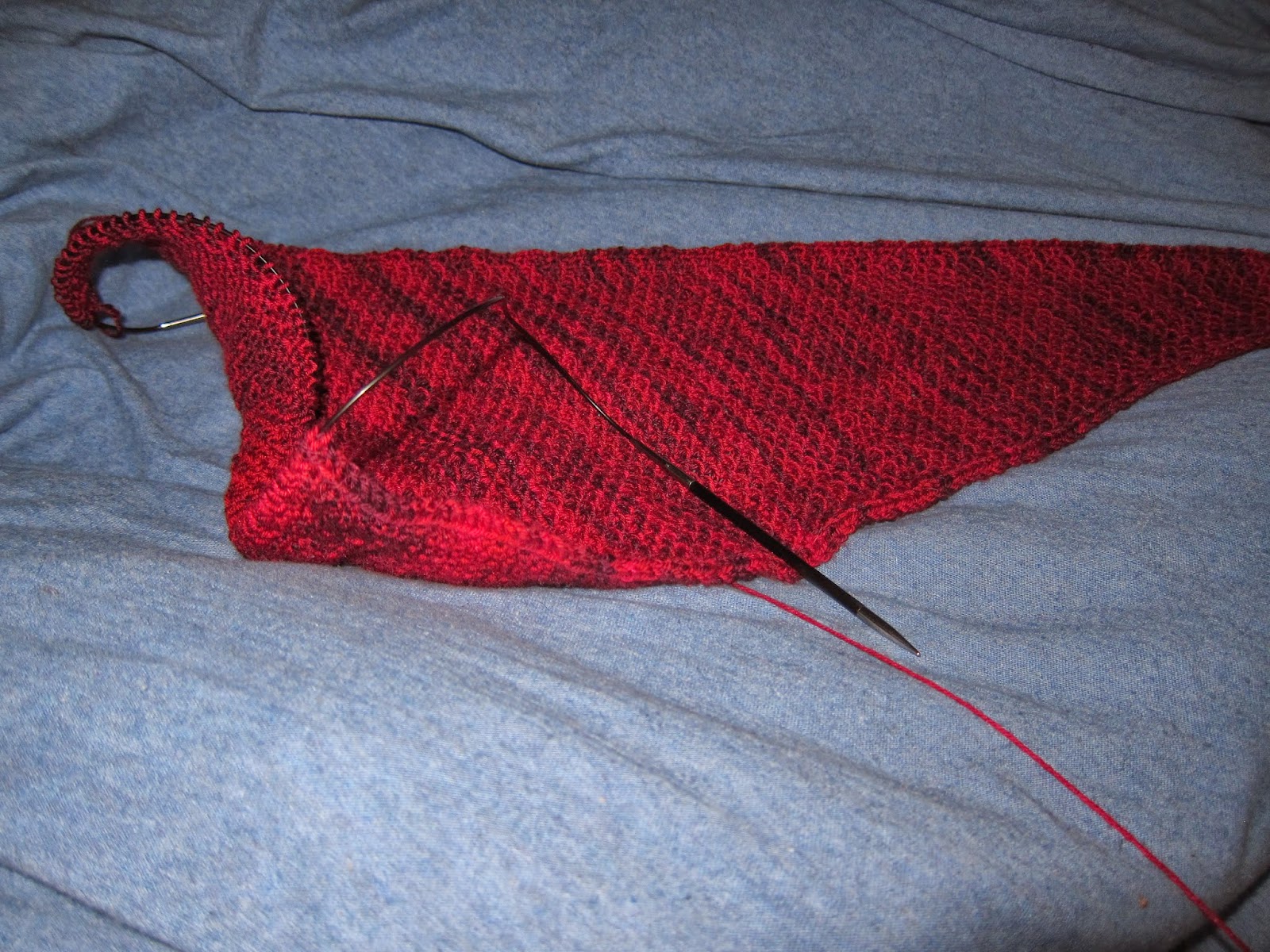 This is a scarf I'm working on for my sister.  It's part of her birthday present (her birthday was in early March!)  I had to rip it out once, as I found I had somehow dropped stitches along the edge.  It's not an easy pattern to simply go back and pick up stitches, so ripping was easier.  I'd estimate that its probably about half done, but I need to weigh the remaining ball of yarn to make sure.  The pattern is the Salish Scarf, and is available on Ravelry. 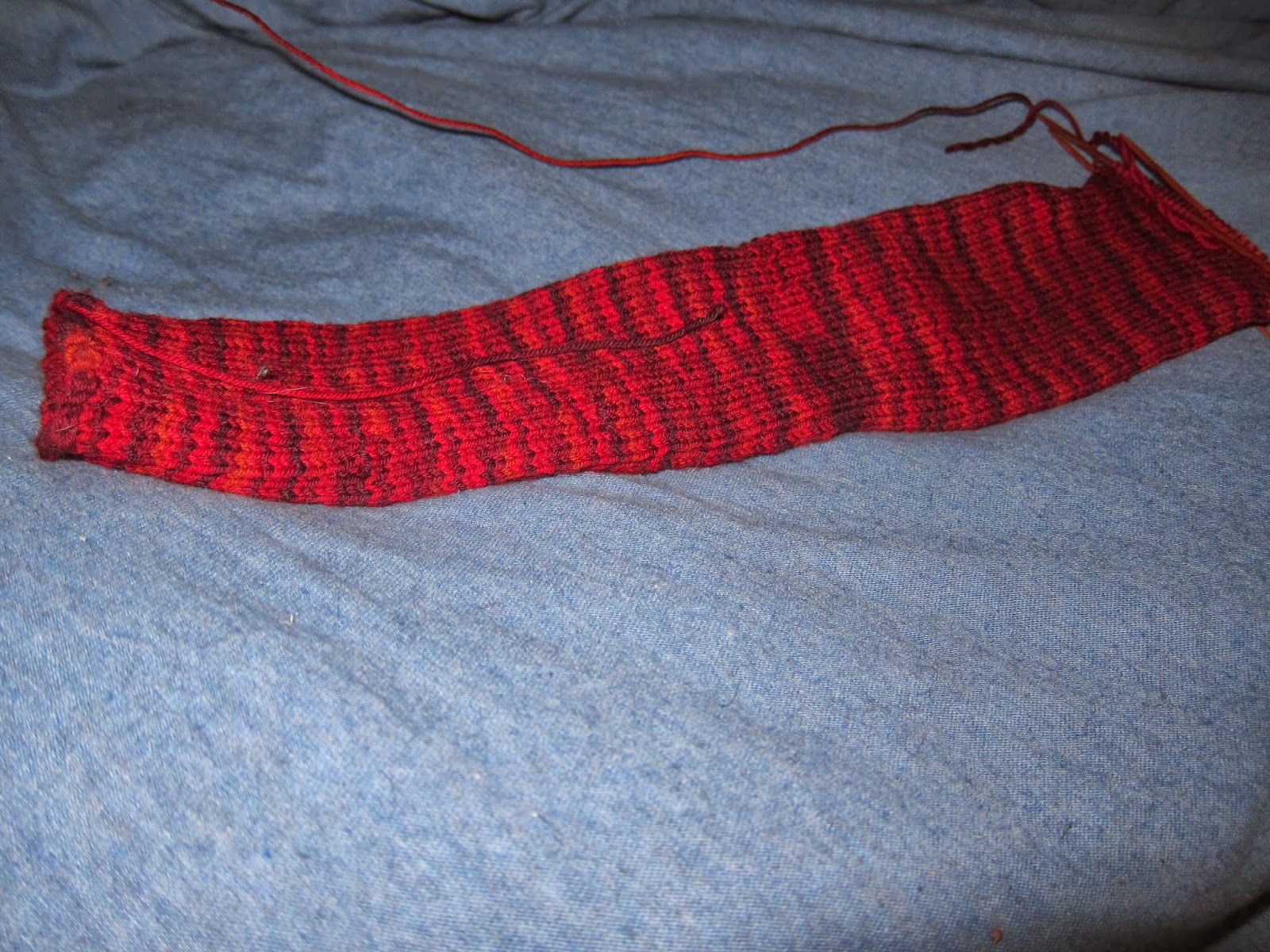 First sock of a pair.  Although you can't tell it from the picture, I'm actually on the decreases on the toe.  If I could quit coughing up a lung, I could probably finish this today. 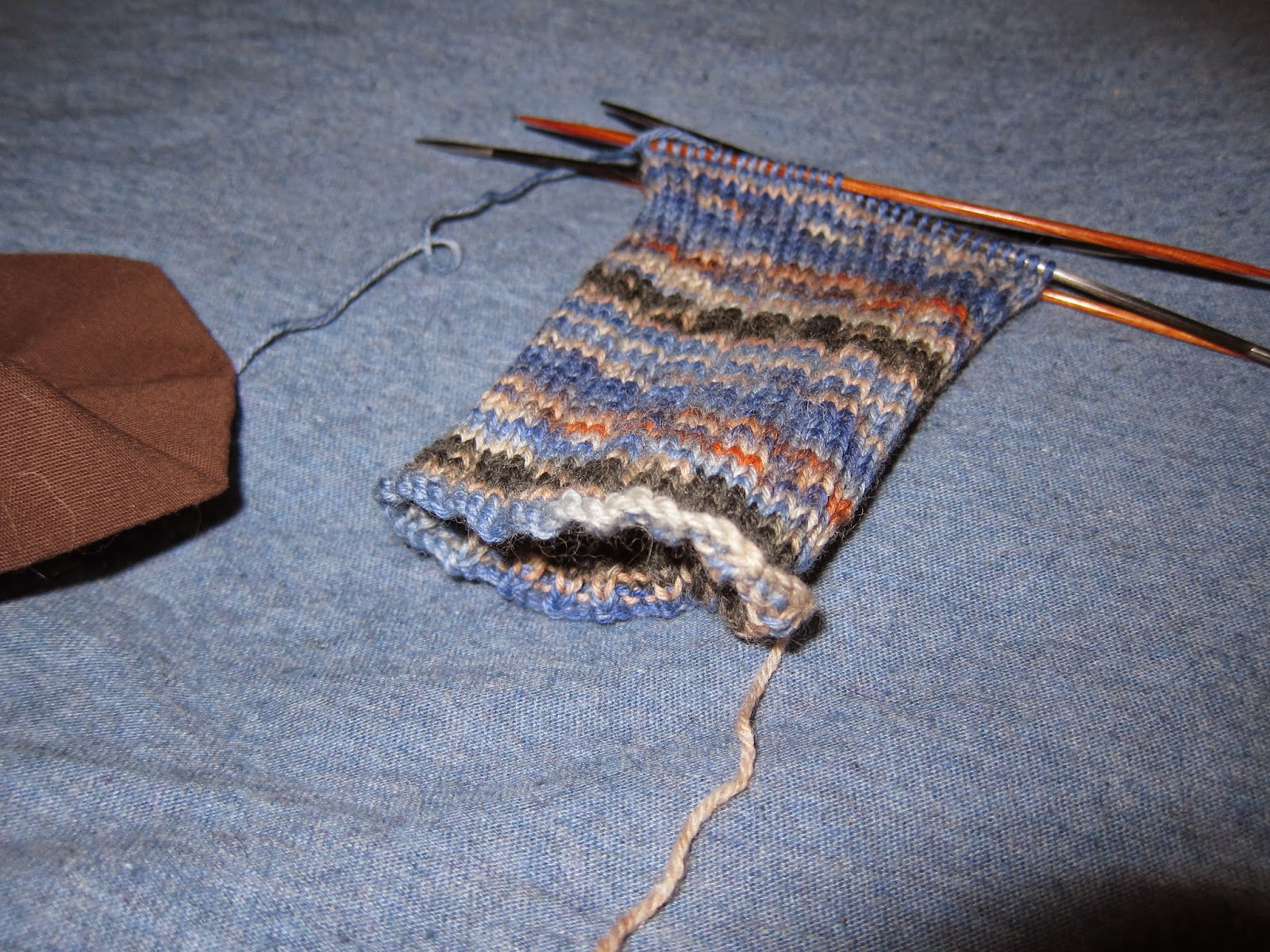 Another first sock of a pair.  I started this in the car last week as we drove up to Saskatoon.  The yarn is Opal's Van Gogh series in the Starry Night colourway.  I picked it up in Victoria.  The colours perfectly evoke the painting.  These ones are mine mine mine!

Linked to WIP Wednesday on The Needle and Thread Network.  Check out the wonderful fibre artists in Canada!  Next week I should have a quilting WIP to add!

Maureen
Posted by Maureen at 14:20